Freddie Hubbard was one of the most powerful and expressive trumpet players in the history of jazz. He started playing professionally in his teens, moved to New York at 20, and immediately began playing with the top jazz musicians of the day, including Sonny Rollins, Quincy Jones, Eric Dolphy and others.

He is primarily associated with what’s called “hard-bop,” a sub-genre that came after bebop and focused more on soul and blues and less on complicated chord changes. But he was at home in almost any setting, from the free jazz of Dolphy to the big band of Jones and more.

Hubbard released his debut record for the famed Blue Note Records label at 22 and joined Art Blakey’s Jazz Messengers soon after. Blakey was a drummer (and the subject of tomorrow’s post), and his band was called “Jazz University,” as he continually hired the best young players he could find, groomed them as players and composers, and then kicked them out of the band to strike out on their own. He repeated this process for 50 years, and most of the great soloists we know today were in his band at some point.

When Hubbard arrived in New York, most trumpet players were still under the spell of Miles Davis and Dizzy Gillespie, trying desperately to absorb all they could from these two masters. Hubbard decided to take a different approach and started practicing with saxophone players like Dolphy, Rollins and John Coltrane. This led him to develop his own style that incorporated some incredible technique that allowed him to play faster and higher than most other trumpet players.

He was known to take 20-minute solos that were ferocious. Unfortunately, this led to his demise later in life when his “chops” gave out, he didn’t give them time to recuperate, and he could never play the same again. But when he was in his prime, there was no one that could outplay him.

This is a tune he wrote called “Birdlike.” It’s a blues patterned after the blues that Charlie Parker liked to play (hence the name) and show’s Freddie at his finest. This is from 1967, with Kenny Drew on piano, Niels-Henning Orsted Pederson on bass and Alex Riel on drums. Listen to the incredible power and fast lines he plays!

Congratulations if you made it through all 11 minutes of that one!

Tomorrow we’ll go to school with the great Art Blakey. 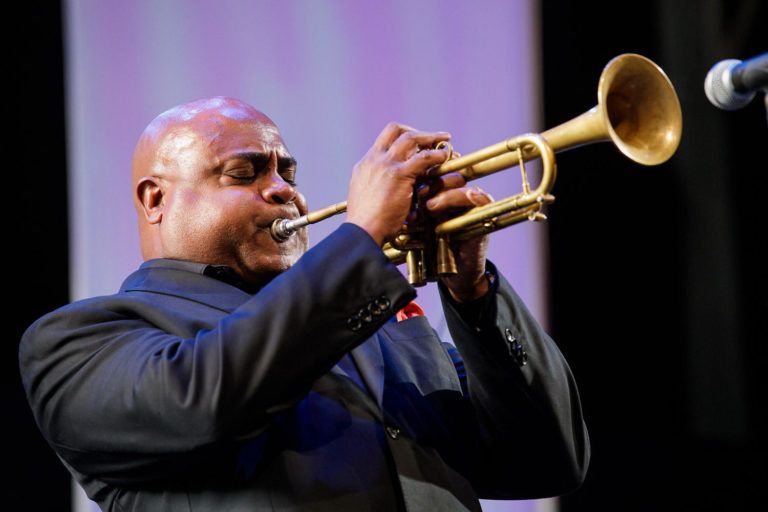 Two great trumpet players were featured together at Jazz Port Townsend this summer.

On the afternoon of opening up for Kneebody, one of their favorite bands, our Portland friends Trio Subtonic played the same role in the KNKX 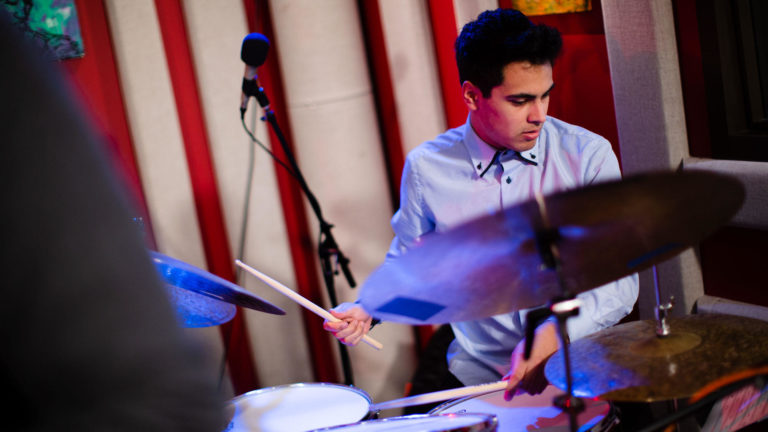