Marquis Hill Stands In The Past, Present And Future Of Jazz

“I’m a true believer,” trumpeter Marquis Hill told us. The modern, acoustic sounds of his Blacktet draws inspiration from across the history of jazz. It’s also music of the 21st century, created by young musicians who see a distinct through line that renders genres meaningless. “It’s a continuum,” Hill says. “It’s all connected.”

Hill’s most recent album, Modern Flows, Vol. 2, is a musical statement with a message. Guest vocalists, whether rap, singing or spoken word poetry, celebrate the creative forces of jazz, soul, gospel, hip-hop, blues and rock. But again, Marquis Hill notes the connections to the past.

“When you study the history of this music, the message has always been in the music,” he said. “It’s our jobs as artists to portray what’s happening in today’s society through our art form. It’s not just music, it’s music for the people. And it’s our jobs to educate and elevate the people through our art and expose them to the things that are happening in the world today.”

Raised in Chicago, and based in New York City for the past five years, Hill has plenty to say about the issues of America’s urban centers. The album’s most direct political content is provided by the vocalists. For instance, M’Reld Green’s pointed comments on gentrification in the song “Prayer for the People.” She deftly rhymes “The history is being erased, being replaced with Starbucks our bucks no longer can afford.”

Green isn’t the only female perspective on Modern Flows, Vol. 2. A pair of songs reference Hill’s strong connection to his grandmother. He says, “She was a ‘real one’ as they say. She would sit on the porch, daily, and patrol the neighborhood. She knows everyone and everything that happens on our block.” Hill’s tune “The Watcher” is a nod to that community of mostly elderly women who kept the peace.

A pair of Hill’s students from this summer’s Centrum Jazz Port Townsend were in the KNKX studios for this exclusive performance, and excitedly pointed to Hill’s band members as their newest inspirations. Hill says that’s all part of the continuum. All of his collaborators, he says, “have a place in their heart for the history of the music. But also, they’re looking forward as well. I like to surround myself with that type of mind frame, and that’s what keeps the music alive and that continuum going.”

This touring version of the Blacktet is formidable. Braxton Cook provided perfectly matched alto saxophone to the front line, and also sings a tune on Modern Flows, Vol. 2. “The Young Genius,”as Hill calls vibes player and pianist Joel Ross, was featured exclusively on piano for this session, rounded out with the nimble bass and drums of Jeremiah Hunt and Jonathan Pinson.

The music, with or without the guest vocalists, is lush and beautiful. Meditative at times, pulsing even at a slow-mid-tempo, Hill’s lyrical melodicism powers the Blacktet. This is a collection of musicians with a love of history, a passion for living today, and high hopes for the future. It comes through in the music, and filled the KNKX studios with joy. 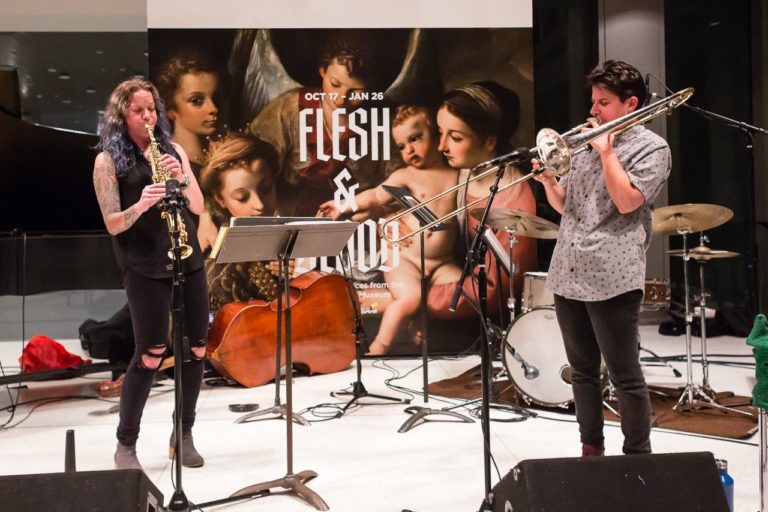 KO Ensemble in Art of Jazz concert on Jazz Northwest

Saxophonist Kate Olson brought her KO Ensemble to The Seattle Art Museum for November’s Art of Jazz concert presented by Earshot. The concert was one 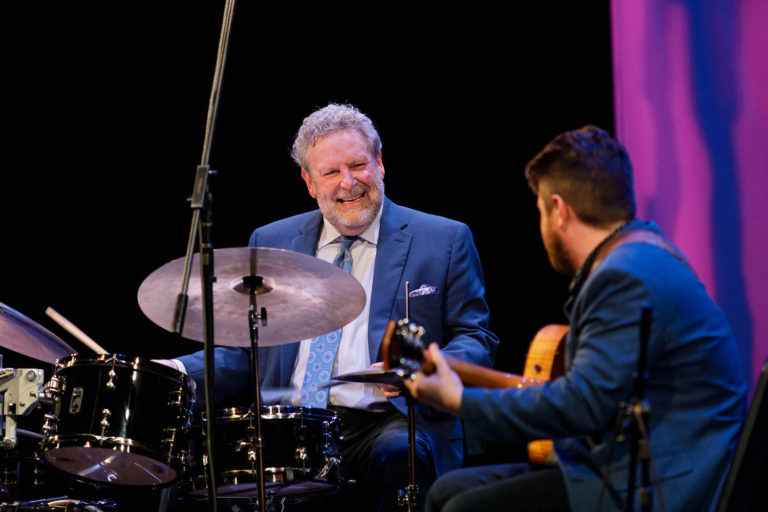 All three are leaders of their own groups and equal partners in the present trio.