When you ask a young and impressionable 9-year old what they want to be when they “grow up,” you’ll hear the common phrases: an Athlete, Musician, or next social media star (yea, that’s a thing). I’m sure the parents of Joey Alexander were surprised when he decided, at 9, he would dedicate his entire childhood to jazz. It couldn’t have been hard to do when receiving encouragement from Herbie Hancock, too.

Born in Bali, Indonesia, Josiah Alexander was born to to parents Denny Sila and Farah Leonora Urbach, who ran an adventure tourism business. His father was an amateur musician, and both parents were fans of jazz, particularly Louis Armstrong. He is the nephew of the rock singer Nafa Urbach, and the Indonesian musician and songwriter Alam Urbach. He learned about jazz by listening to classic albums his father gave him.By age six, he had taught himself to play piano using a miniature electric keyboard his father brought home for him, learning by ear compositions such as Thelonious Monk’s “Well, You Needn’t” and other songs from his father’s jazz collection. He later said learning the instrument came naturally to him, and considers his ability “a gift from God”. He cites as influences John Coltrane, Harry Connick Jr., Bill Evans, and Herbie Hancock, and he particularly admires Clifford Brown, Miles Davis, Wynton Marsalis, Brad Mehldau, Lee Morgan, Horace Silver, and McCoy Tyner.

Fast forward ten years later, and after 5 albums and 3 Grammy nominations, the soon to be 19 year-old (June 25th) is set to release his newest album Origin, on Mack Avenue Label.

Returning to the studio with the rhythm section from his last album – longtime collaborators Larry Grenadier (bass) and Kendrick Scott (drums) – plus stellar guests Gilad Hekselman on guitar and Chris Potter on saxophones, Alexander also adds new instrumental colors of his own, playing Fender Rhodes for just the second time on record. Hey pays tribute to the seasons with tune such as “Winter Blues,” “Summer Rising,” and “Dear Autumn.”

Recorded during the early stages of the Pandemic, Joey set out to turn his frustrations into something positive and hopeful.

“I have come to understand how the seasons affect us. When I was writing ‘Autumn,’ like other musicians I was staying home a lot, but I thought this is also a time when we can be more productive as musicians, when we can harvest. When we get through the winter, spring gives people hope with the promise of warmer weather. Then with summer, things are always outside and, wherever you are, if you get more sun, you’re happier, so I think ‘Summer Rising’ is definitely one of my favorites on the album, and one of the more challenging pieces – it is about how summer brings a sense of joy.”

One of the best Jazz Artist in today’s scene, Joey keeps busy. Check out his tour and album schedule on his website: https://joeyalexandermusic.net/ 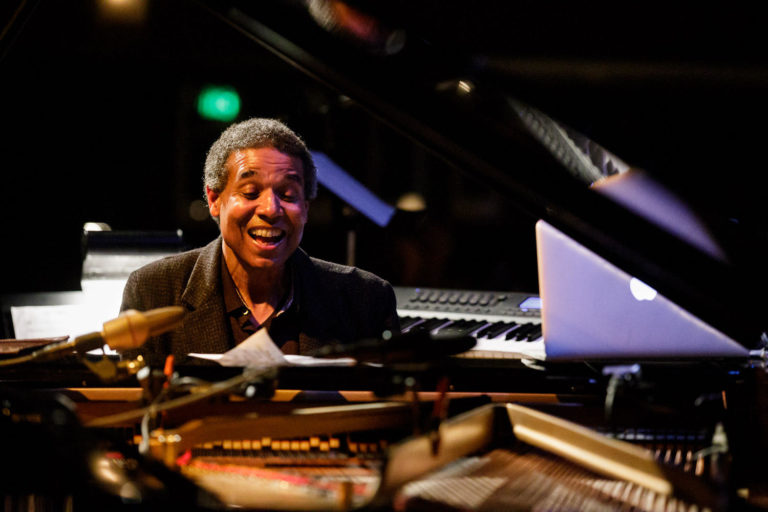 KNKX and Dimitriou’s Jazz Alley are teaming up to present a monthly series featuring top Northwest regional artists on the last Monday of each month.

Next week is the birthday of composer, pianist and electronic musician Wayne Horvitz. In early 2019, he and his “Snowghost Trio” joined us for an