Charnett Moffett, a renowned bassist who performed with a host jazz stalwarts and carved out a successful solo career, suddenly passed away on April 11 due to a heart attack. He was 54.

According to a press release from the family, Moffett was with Jana Herzen, his musical collaborator for the past 12 years, who became his wife two years ago. Herzen, a singer and guitarist, is also the founder of Motéma Records. The two most recently released Jana Herzen & Charnett Moffett: ’Round The World on the label, in 2020. A new release was planned for later this year.

“Mr. Moffett had privately been struggling with bouts of intense pain from Trigeminal Neuralgia for the past few years and Herzen and the family suspect that the heart attack was a complication of that condition,” according to the release from publicist Lydia Liebman. “The family is in shock and devastated, but also thankful that he is released from the intense pain, and invites all his fans and loved ones to celebrate with them that his indomitable, vastly creative, high flying and joyful spirit is now free to fly even higher.”

Moffett was born into a musical family. His father, Charles Moffett Sr., was best known for his time working as a drummer with Ornette Coleman. In fact, Charnett’s name served as a contraction of Charles and Ornette. Charles also led the Moffett Family Jazz Band, which included Charnett on bass, as well as older brothers Charles Jr. on saxophones, Codaryl “Cody” on drums and Mondre on trumpet as well as his sister Charisse on vocals.

In the 1980s, Moffett performed and recorded with Wynton and Branford Marsalis, appearing on Branford’s 1983 debut Scenes In The City (Sony) and Wynton’s 1985 album Black Codes (From The Underground) (Sony). During this time, he also recorded with Stanley Clarke and Tony Williams. 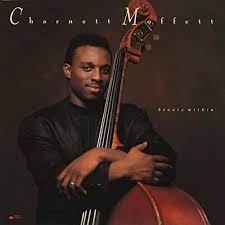 He was signed to Blue Note Records and released three albums on the label: NetMan in 1987, Beauty Within in 1989 and Network in 1991. Throughout the ’90s, Moffett recorded for such labels as Apollon and Evidence and toured with saxophonist Pharoah Sanders. He went on to record a string of records for various labels before signing with Motéma in 2008, for whom he’s recorded a string of albums including The Bridge: Solo Bass Works in 2013 and Bright New Day, a 2019 collaboration with Scott Tixier on violin, Brian Jackson on keyboards, Mark Whitfield Jr. on drums and Herzen on vocals and guitar.

Known as an open, kind soul, Moffett was keen on having the bassist in a lead roll, perhaps most famously expressed through his rendition of “The Star-Spangled Banner” on 1994’s Planet Home (Evidence). “When you’re using the bass as a lead instrument — as a voice, to create melodies — and you have more space, the sound of the instrument can resonate more and be heard in a more complete way for its ‘new’ position,” Moffet said in press materials for his 2021 Motéma release New Love.

The family plans a private memorial service in California with a celebration of his life to take place later this summer in New York. 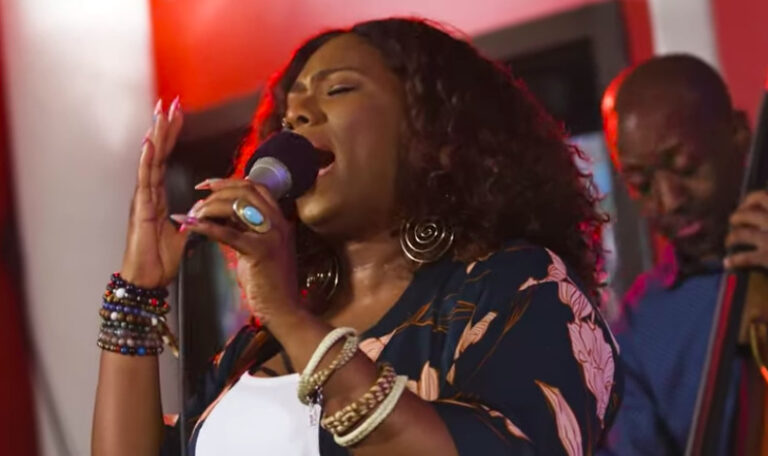 Ranky Tanky: From the Archives

Two years ago, the group Ranky Tanky came to the world headquarters of Jazz24 at KNKX Public Radio to perform a set of songs from

Two trumpets. Two trombones. And nothing else. That’s the hallmark of the Westerlies, who we are featuring for this week’s “From the Archives.” Once a