Welcome to Jazz24 from Seattle and Tacoma, Washington. Our free jazz stream features some of the all-time greatest artists, like Miles Davis, Billie Holiday and Dave Brubeck; as well as today’s top talents, like Wynton Marsalis, Diana Krall and Pat Metheny. We also like to throw in some surprises from time to time, seasoning our jazz gumbo with blues, funk and Latin jazz. Thanks for listening! 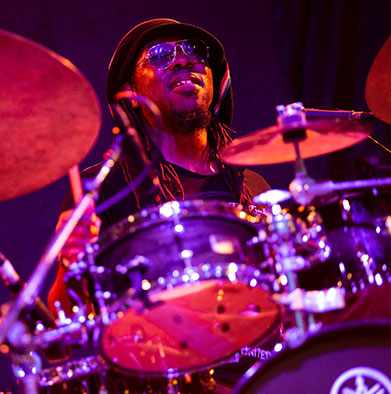 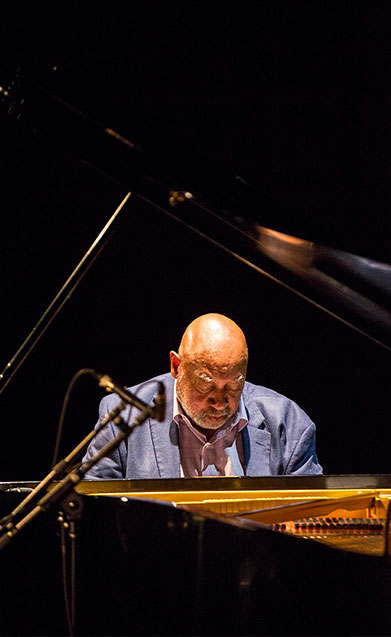 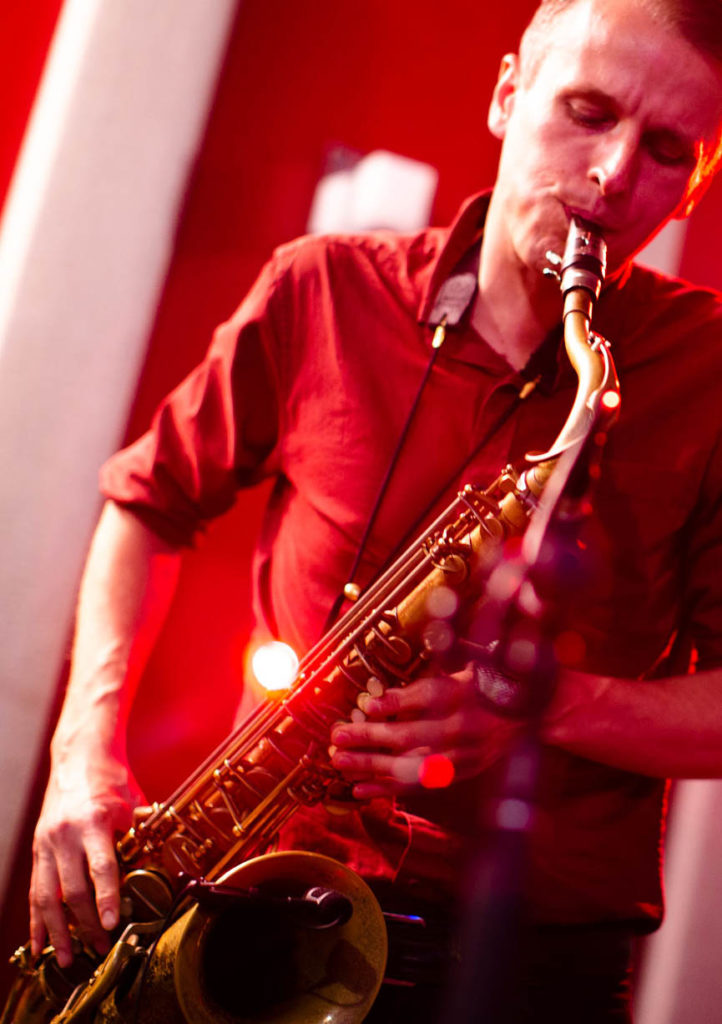 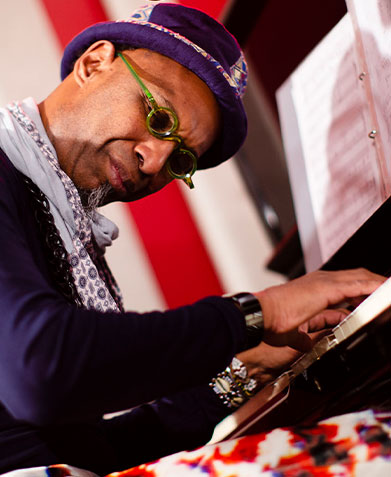 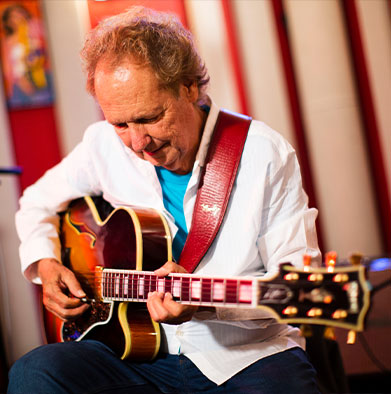 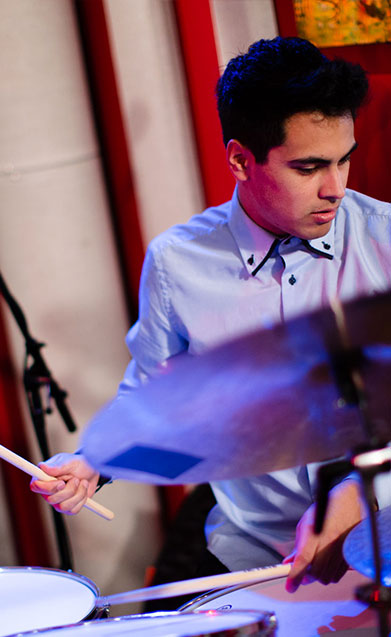 Joey Cohn has been a public radio fan for many years, dating back to when he was an on-air host at KUAT while attending the University of Arizona in Tucson. Later in his broadcast career, Joey worked in commercial radio and television in Phoenix.

In 1987, Joey joined KPLU and has held various positions, including Director of Content and General Manager. Under Joey’s leadership, KPLU/Jazz24 won numerous national accolades including the Edward R. Murrow for news and the Marconi, for Jazz Station of the Year. Joey led the campaign to Save 88.5, raising over $8,000,000 in less than 6-months and transitioned the station to KNKX – an independent, community station.

Carol Handley joined KNKX in 2018 as Director of Music Programming for KNKX and Jazz24. Previously, she has held positions including General Manager, Program Director, Music Director and On-Air host at several stations in the Northwest presenting traditional, progressive and contemporary styles of Jazz and roots music. In the early part of her broadcasting career she was a host at the station formerly known as KPLU.

Carol is a Northwest native who has led teams of on-air hosts in creating unique radio programming and live events since the 80’s. For 13 years, she produced a two-day festival for 10,000 music fans annually.

Carol’s favorite part of being a broadcaster is working with staff to create unique listener experiences on-air and in live settings to support the music and the artists who make it.

Carl Pogue fell in love with radio ever since getting a degree in the field over three decades ago. He’s spent his entire working career at commercial and public stations, with stops in Portland, San Diego, as well as NPR’s furthest affiliates on the Micronesian islands of Guam and Saipan.
Carl regards jazz as a dynamic art form that continues to expand into new territories and morph with other styles. He finds it rewarding to share the classics with listeners who have grown up with jazz, and to introduce new sounds to younger listeners.
Carl became Jazz24’s Music Director in March of 2020. He appreciates working with such knowledgeable hosts and having access to an enormous, eclectic library. He’s most excited by the constant opportunity to connect and interact with listeners from all around the world.

Abe grew up in Western Washington, a 3rd generation Seattle/Tacoma kid. It was as a student in college that Abe landed his first job at KNKX/Jazz24, editing and producing audio for news stories. It was a Christmas Day shift no one else wanted that gave Abe his first on-air experience which led to overnights, then Saturday afternoons, and he’s been hosting Evening Jazz since 1998.

His most memorable KNKX/Jazz24 radio moments include introducing Dave Brubeck, Ray Charles, Oscar Peterson and other greats; attending the San Sebastian Jazz Festival in Spain with a group of KNKX/Jazz24 fans; and locking himself out of the station on a particularly cold winter night.

Mary McCann is a poet and performer and madly in love with music. She’s written three one woman shows and had her poetry published by Arizona State University. Broadcast radio was her life from age 17 on. In 1999 she had a pioneering role in Internet radio during the dot com boom in Silicon Valley. Mary is currently the World Music Director at AOL Internet radio and one of the narrators for BirdNote. She started at KNKX/Jazz24 in June of 2008 as the host of the Saturday Jazz Matinee.

Her most memorable KNKX/Jazz24 moment was my first fund drive. She says, “It was a thrill to talk to people about shared values through music. It still is, every time I take the mic.”

Nick began working at KNKX/Jazz24 as a program host in the late 1980’s and, with the exception of a relatively brief hiatus, has been with the station ever since. Along with his work as a Midday Jazz host, Nick worked for several years as KNKX/Jazz24’s Music Director. He is now the station’s Production Manager and also serves as a fill-in host on KNKX/Jazz24’s music.

Among his many memorable KNKX/Jazz24 moments, Nick vividly recalls his pleasure and amazement when guitarist, Larry Coryell, visited the studios during his program and performed a solo, acoustic guitar version of George Gershwin’s ‘Rhapsody In Blue.’ It still stands as one of the most wonderful live music performances he’s ever seen.

It’s never too late to dream, or to follow that dream… Philadelphia native Ruby Brown was in health care in her mid-thirties; but it wasn’t her heart’s work. So – back to school. At Evergreen State College Ruby pursued her dream – radio. Ruby helped Olympia’s KAOS for 5 years as on-air host and staff. After graduation she went to a major Seattle station for another 5 years. Commercials never warmed Ruby’s heart, so she returned to public radio with KNKX/Jazz24. Currently Ruby fills in on other shows at KNKX/Jazz24.

Her most memorable KNKX/Jazz24 moment – hearing from a listener overseas and realizing she was bringing her work worldwide.

Born and raised in Seattle, Washington, Terae Stefon looks to make his mark on an ever changing city. A Graduate of Franklin High School, he then attended Saint Martin’s University, majoring in English and Journalism. Terae found his way into radio by volunteering at local community radio stations HollowEarth and RainierAvenue Radio in Seattle and then at Total Traffic, keeping the region moving as a traffic reporter and producer.

Terae’s excited to get back into music radio with Jazz24 and KNKX as well as dusting off his writing chops to share stories about the music, the artists and beyond.  You can currently catch Terae during the week on Jazz24 and special projects on KNKX.